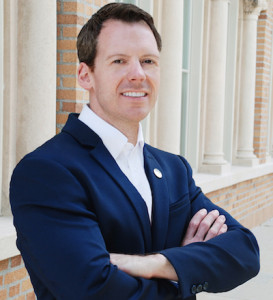 Scott Houston was elected to the Board of Directors of the West Basin Municipal Water District in November 2014 representing Division IV that includes the cities of El Segundo, Culver City, West Hollywood and Malibu, and the unincorporated Los Angeles County communities of Topanga, Marina del Rey, Windsor Hills, View Park, North Ladera Heights, Del Aire, Wiseburn and a portion of Lennox.  Director Houston serves as Vice President of the Board, and is currently Chair of West Basin’s Finance Committee and member of its Water Resources Committee.
Director Houston has lived in the District for nearly two decades and continues to be an active leader in both his local community and the greater Los Angeles region.  He served a four-year term on the City of El Segundo’s Public Works Committee from 2009 to 2012, and was formerly a host and reporter for El Segundo TV covering local issues and the city’s business community.

Director Houston also serves on the Board of Trustees of the Southern California Water Coalition (SCWC), a non-profit, non-partisan public education partnership dedicated to informing local communities about our region’s water needs and our state’s water resources.  He is Co-Chair of SCWC’s Water Energy Efficiency Task Force, and former Chair of SCWC’s Urban Water Task Force.

As a policymaker, Director Houston has spoken at a number of conferences, both international and domestic, about the challenges facing global water supplies and security in the midst of climate change.  He also has authored two published articles about the lessons learned from California’s historic five-year drought, our evolving relationship with water, and the need to diversify our global water supply portfolios in order to meet future demands and ensure resiliency.

In May 2018, Director Houston spoke at the Wilson Center in Washington, D.C., on a panel entitled “Sustainable Water, Resilient Communities: The Challenge of Erratic Water” with a focus on West Basin’s more than two decades of leadership experience in recycled water, and its regional benefits as the District works to reduce its dependence on imported water and diversifies its local supply portfolio.

Director Houston joined a panel of fellow water utilities managers at the American Water Summit in Austin, Texas, in November 2017 to speak about the digital transformation now happening in the water sector, and how utilities can best use today’s data collection technologies to develop sound policy and fiscal decisions that benefit ratepayers and infrastructure management processes.

Director Houston’s article “California Offers Valuable Lessons for Meeting Freshwater Needs in the Face of Climate Change” was published in March 2018 by Ensia, an independent, non-profit magazine presenting perspectives on environmental challenges and solutions.  He also authored an article entitled “Historic Drought Prompts Water Innovation in California – Can It Be a Model?” published in June 2017 by New Security Beat, the blog of the Woodrow Wilson Center’s Environmental Change and Security Program, that detailed the lessons learned from California’s historic drought and how we may impart this knowledge to ensure future global water security.

Director Houston remains actively involved with the Israeli water and technology communities working to strengthen relationships and opportunities between Israel and California.  Most recently, he served on the Steering Committee of the Western States Cleantech & Water Innovation Center working to establish a regional presence in Nevada to facilitate local market engagement of Israel-based cleantech and water companies with proven technologies.

In 2016, Director Houston was recognized as a “40 Under 40 Emerging Civic Leader” by the Empowerment Congress and California Assemblymember Sebastian Ridley-Thomas for his active engagement as a change-maker in government, business and the greater Los Angeles community.

Director Houston’s professional background includes more than 15 years of management experience in the manufacturing and printing industry. Prior to that, he represented emerging technology clients as a public relations specialist at leading Los Angeles firms, Golin and The Bohle Company. He holds a Bachelor of Science degree in Business Administration from Michigan Technological University and studied broadcast journalism at UCLA.

For print purposes, a higher quality photo of Scott can be obtained by clicking on the photo above.